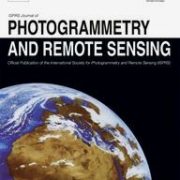 This paper explores the effects of terrain morphology, sampling density, and interpolation methods for scattered sample data on the accuracy of interpolated heights in grid Digital Elevation Models (DEM). Sampled data were collected with a 2 by 2 meters sampling interval from seven different
morphologies, applying digital photogrammetric methods to large scale aerial stereo imagery (1:5000). The experimental design was outlined using a factorial scheme, and an analysis of variance was carried out. This analysis yielded the following main conclusions: DEM accuracy (RMSE) is affected significantly by the variables studied in this paper according to “morphology > sampling density > interpolation” method. Multiquadric Radial Basis Function (RBF) was rated as the best interpolation method, although Multilog RBF performed similarly for most morphologies. The rest of RBF interpolants tested (Natural Cubic Splines, Inverse Multiquadric, and Thin Plate Splines) showed numerical instability working with low smoothing factors. Inverse Distance Weighted interpolant performed worse than RBF Multiquadric or RBF Multilog. In addition, it is found that the relationship between the RMSE and the sampling density N is adjusted to a decreasing potential function that may be expressed as RMSE/Sdz = 0.1906(N/M)exp(-0.5684) (R2 = 0.8578), being Sdz the standard deviation of the heights of the M check points used for accuracy estimation, and N the number of sampling points used for creating the DEM.
The results obtained in this study allow us to observe the possibility of establishing empirical relationships between the RMSE expected in the interpolation of a Grid DEM and
such variables as terrain ruggedness, sampling density, and the interpolation method, among others that could be added. Therefore, it would be possible to establish a priori the optimum grid size required to generate or storage a DEM of a particular accuracy, with the economy in computing time and file size that this would signify for the digital flow of the mapping information.

The geometric heterogeneity existing in mouldboard ploughs hinders its inclusion in models in which the redistribution of soil particles is predicted, or the force exerted on the working component is measured. In this study, both the mathematical surface (second-, third- and fourth-order polynomials, both splines and Bezier) and the number of control points required for its adjustment (100, 49, 25, 20, 16), are examined to produce optimal modelling of the mouldboard plough geometry. The three-dimensional coordinates of 193 points on the surface of a plough are measured with great accuracy (root mean square 0·66 mm), using low-cost close-range photogrammetry. The results obtained indicate that the surface of a mouldboard plough can be shaped with an accuracy of approximately 1·30 mm, with the adjustment of a cubic polynomial surface to just 25 control points randomly distributed over the surface of the plough.